The (Bare) Bear Boxers is the combination of two teams, The Bear Boxers and The Bare Boxers... 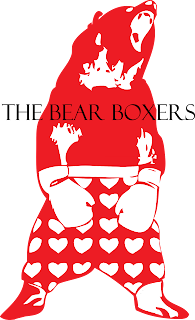 Nick "Barbaros aka Captain Redbeard aka The Steve" Clements - A giant from the hills of southwestern Idaho visiting the Front Range of Colorado for an education in mechanical engineering and atmospheric chemistry. Research activities: CCRUSH and MIASMA.

Byron "The Beef Baron aka Beefy" Young - An aerospace engineer working at Phantom Works in Huntington Beach, CA.  He enjoys Top Gear, pizza, driving in the snow, clothes that just came out of the drier, and dying of dehydration in the Mongolian desert.


Joyce "Packs-a-Punch" Huang - An environmental engineer working freelance in Boulder these days while finishing up master's research.  Joining the team (or hitching a ride for vacation...) until Istanbul. Also amazing girlfriend to Nick. Cheers to her for helping us fill a vacant spot in our car! 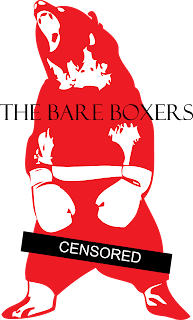 Alex "The Bureaucracy aka Blancovore" Scambos - A mechanical engineering grad student, Colorado native, and aspiring beer snob.  When not toiling at the Engineering Center or face-deep in a pint, he's found skiing, cycling, fragging noobs, and creating detailed building energy models for other nerds. 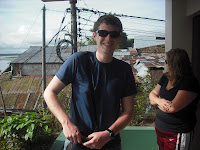 Michael Gordon - An aerospace and software engineer from CU often confused with Michael Cera, he now spends his time exploring the simpler aspects of life.  Like brewing beer, playing the trumpet, and driving a third of the way across the world.

Thomas Rogers - An astrophysics grad student/rocket-scientist-in-training in Boulder, CO.  His research interests include anything that can be strapped to a rocket and launched into space.  He enjoys sleeping in on weekends, Saturday morning breakfast cereal, and space-themed board games.


Growl at us, yell at us, or encourage us on twitter: @thebearboxers


Robert Ussery - An electronics engineer/beer fiend with an addiction to working extremely hard for very little money and/or cheese.  He enjoys biking, bricking circuit boards, and drinking fermented camel milk. Had to focus on real life instead of charity events on the other side of the world. Thanks to Robert for helping us get started and good luck brother!